Classic Rock Hits, Deep-Cuts, Live Tracks and Local Programming
Phone: 518-280-5684
Email: This email address is being protected from spambots. You need JavaScript enabled to view it.

Originally Posted by The Times Union

Old radio station, WPTR, back on the air, with a new mission 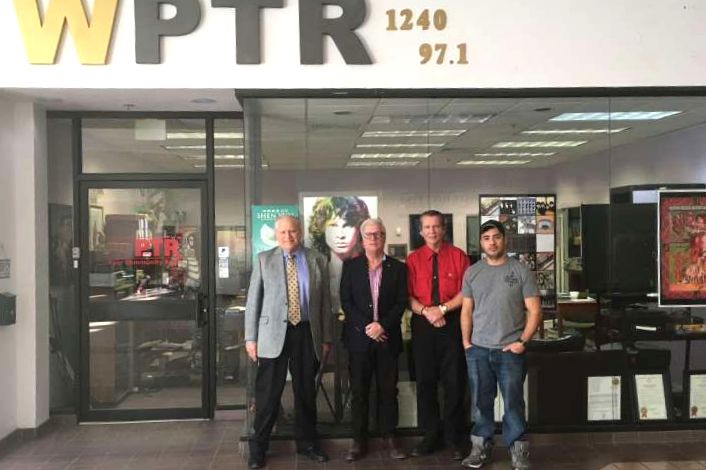 ROTTERDAM – Just about every day,  a curious passerby swings open the doors to the small radio station in a corner of the old Rotterdam Square Mall to personally thank the men inside for putting the rock and roll station back on the air.

"The brand WPTR was a lot deeper than anybody knew, said Randall ‘Sunshine Superman’ Hogue, president of Area Independent Radio that now operates WPTR 1240 AM and 97.1 FM. “We’re doing it because we’re having fun and it’s local.”

The 1,000-watt  station, which extends roughly from Amsterdam to Albany and from New Baltimore to Saratoga, also does live streaming, which Hogue said has more than 3,000 listeners. While it's a far cry from the 1960s and 70s, when the then-50,000-watt signal, then at 1540 on the AM dial,  reached Boston and Montreal, the station is back on the air.

Former Union College president Roger Hull, who lost twice in his bid to be Schenectady mayor, is also involved with the 1,000-watt music and talk 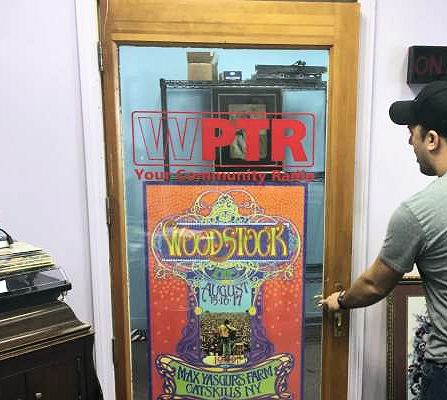 station, which Hogue said had until its return in October been off the air for 18 months.

Hull, who has no direct experience in the radio business, said he jumped at the opportunity with an eye toward ensuring news is presented more objectively, which he sees as a problem with mainstream media that tend to often have either a  liberal or conservative leaning.

Hull, who formed the Alliance political party and still remains heavily involved in Schenectady,  plans to bring in local experts and educators to discuss timely topics.

"It'll be predominantly a music station but the news will also be balanced, and on weekends we will seek to end up using this as a vehicle to inform people on a range of issues," said Hull, adding "it's a work in progress.

"I'm focused very much on making sure that we have a way presenting issues from both sides and informing the public about things of interest," he said.

“I got out of the business because it stopped being fun, but what we’re doing now is fun,” said Clark on Thursday from inside the studio, which contains a room with a wall full of vinyl records.

Clark and his partners, stressed that a big part of that fun is focusing on community radio where you “tell stories of people who have interesting jobs, interesting experiences and really sharing things about the area.”

Programs aimed at the Russian, Guyanese and Caribbean communities are already being aired.

Joe Kriss, who hosts the ‘Joe Sinatra – The Magic of Swing’ show said Wednesday that he is excited to be part of the WPTR roster. 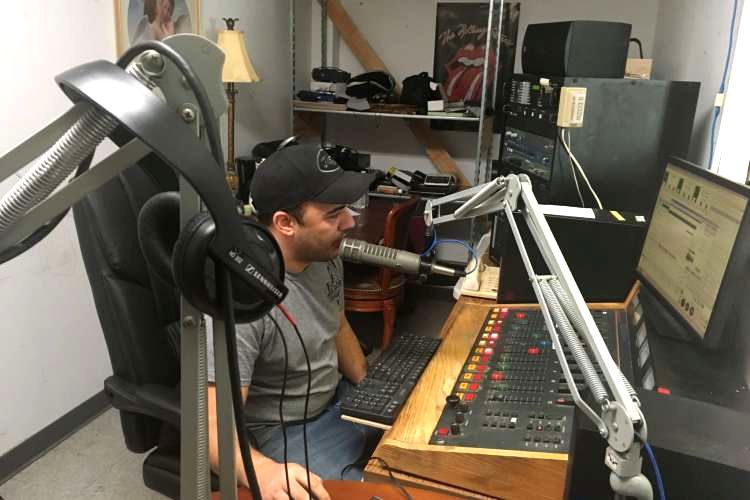 In its heyday as a Top 40 station, it regularly vied with WTRY in Troy for the ears of the Capital Region's baby boom generation. On weekends, WPTR disc jockeys would head to high school gyms throughout the Northeast to host record hops. It was quite a coup for a rural Adirondacks school to land DJs with names like Boom Boom Brannigan, Charlie Brown, Bob Badger or even Bruce Wayne. (Batman was big at the time.)

So how did the revival of WPTR come about?

Hogue recounted that roughly three years ago his son, who lives in Canajoharie, talked about owning a radio station.

Hogue has served as president of the Schenectady Rotary and volunteered with Schenectady Cable Access Council, a non-profit group that focuses on education and highlighting local people and places.

After learning Empire Broadcasting was selling off six radio stations, Hogue began actively recruiting Hull and the others.

“We said we need people who have the experience like Jeff does and have the moral obligation, like Roger – he wants to do the right thing for the community,” said Hogue, 64. “We kind of favored this one because we were connected already to Schenectady.”

For now, WPTR is only on the air on AM.

Hogue said they hope to have the FM station online in about five months since they already have the FCC license and construction permit and are in the process of finding the most suitable cell tower location.

Once the partners bought the station, they had to re-assemble equipment, including control panels, that had been dismantled and stored away.

Randy Hogue, 32, who handles the engineer duties at the station and will also host a hard rock show, is credited with putting everything back together, and within a few weeks,  transforming their web design and online marketing business office into a functioning radio station.